Here is a very old recording of a Model T Ford starting up and running. Click on the start button to listen. 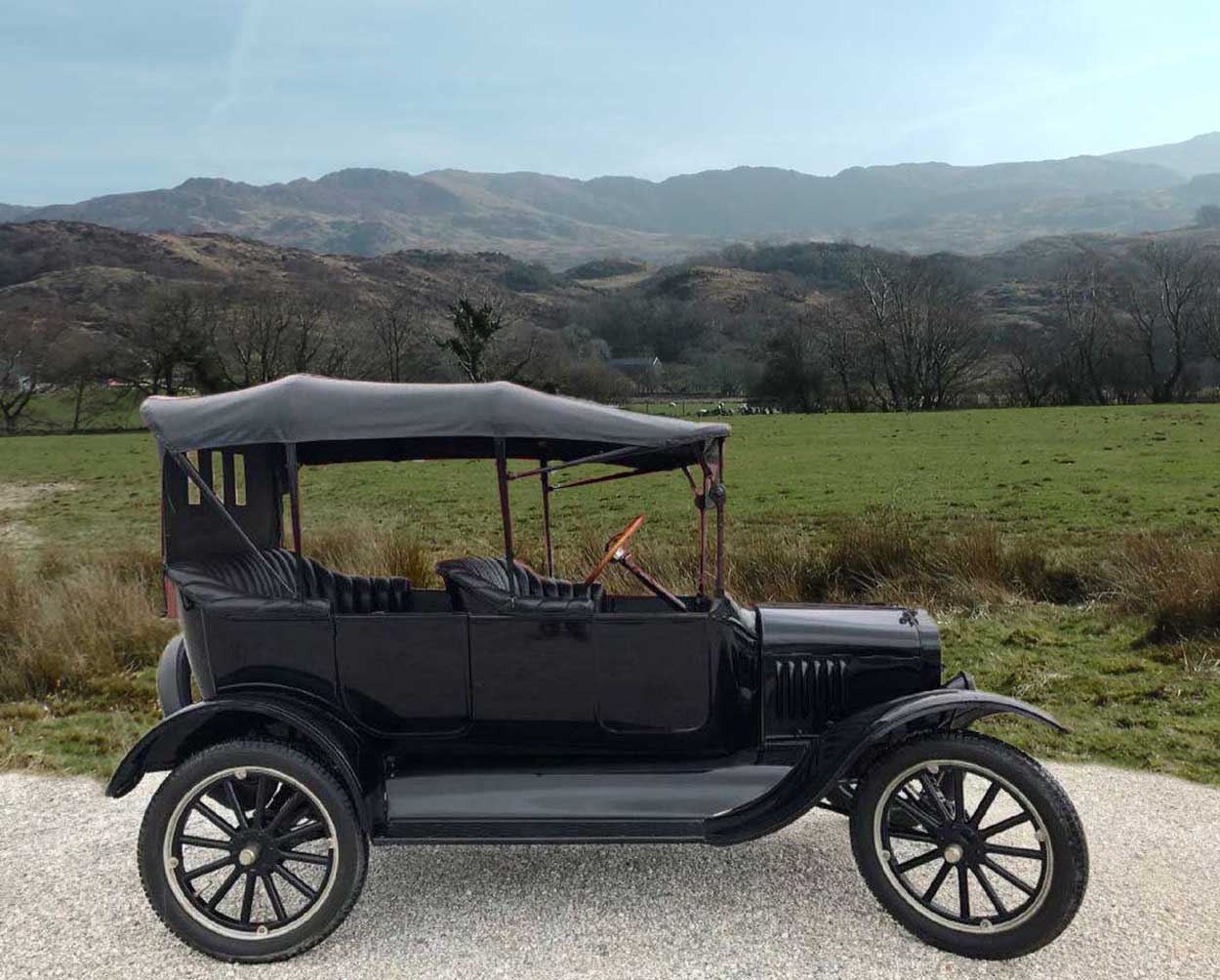 In the early part of the 20th century owning a car – any car – was the ultimate status symbol. Popular mythology claimed that young American gentlemen would buy a Model T Ford not so much for personal transport but to impress the ladies, and it was said that a high proportion of babies born during that period were actually conceived in one! A disgraceful sexist remark if there ever was one.

Nevertheless the Model T was arguably the most important car, at least in America, of the era. By the time of the First World War they made up around half the cars on American roads. With an initial price of $850 the mass production techniques that Henry Ford pioneered meant that he could slash the price down to $300 by 1927 when production ended, and still make a profit whilst forcing many of his competitors out of business, and others to cut their costs (and quality) to the bone.

More than 16 million of them were manufactured worldwide, but not all of them were coloured black, even though Henry Ford stated that that was the only colour available! When they were first launched they were available in blue, red, grey, and green but having a multiplicity of colours interfered with Ford's obsession with ever more efficient production. A single colour had to be decided on; it was found that black not only dried more quickly, but survived better in some of the harsher climate changes in the United States. So, black they all had to be then.

Up until the launch of the Model T cars were not only expensive but also unreliable and difficult to maintain. Henry Ford decided to solve all of these drawbacks. The car was first of all aimed at the middle classes and for a car of the period it was reliable and fairly simple to repair and maintain. The 2.9 litre four-cylinder engine could run on paraffin or ethyl alcohol (difficult to get during the Prohibition era!) As well as petrol; top speed was in the low 40s and fuel consumption was round about 20 miles to the imperial gallon.

These figures may not be impressive by modern standards but it was a tough engine that could take a lot of hammer and it was still in production for other purposes right up until 1941. Lighting was via oil or acetylene lamps initially, but electric lighting was available by 1915. Four years later an electric starter could be fitted; far easier than swinging the old starting handle, which was as likely to dislocate a wrist as actually fire the car up!

Although the car looked like a modern – ish one a motorist of the 21st-century would have to completely relearn driving skills! Gear changes (two forward and one reverse gear) were changed by what we would now consider a complex three pedal system; the throttle was handoperated by a lever attached to the steering wheel. Braking effort was applied to the drive train rather than to individual wheels and affected the rear wheels only. Handling and cornering could only be described as 'average'.

Nevertheless this was a tough and reliable car; one of them was even driven to the top of Britain's highest mountain, Ben Nevis. Henry Ford with his model T may not have been the first person to introduced assembly-line car manufacture; that accolade belongs to Ransom Olds in 1901; but he made mass production a fine art and brought the possibility of motoring to millions of people who otherwise could only have dreamt of it.