Hear a 1935 Lagonda Rapier S Tear past you, idle, then tear back again. Click on the start button to listen. 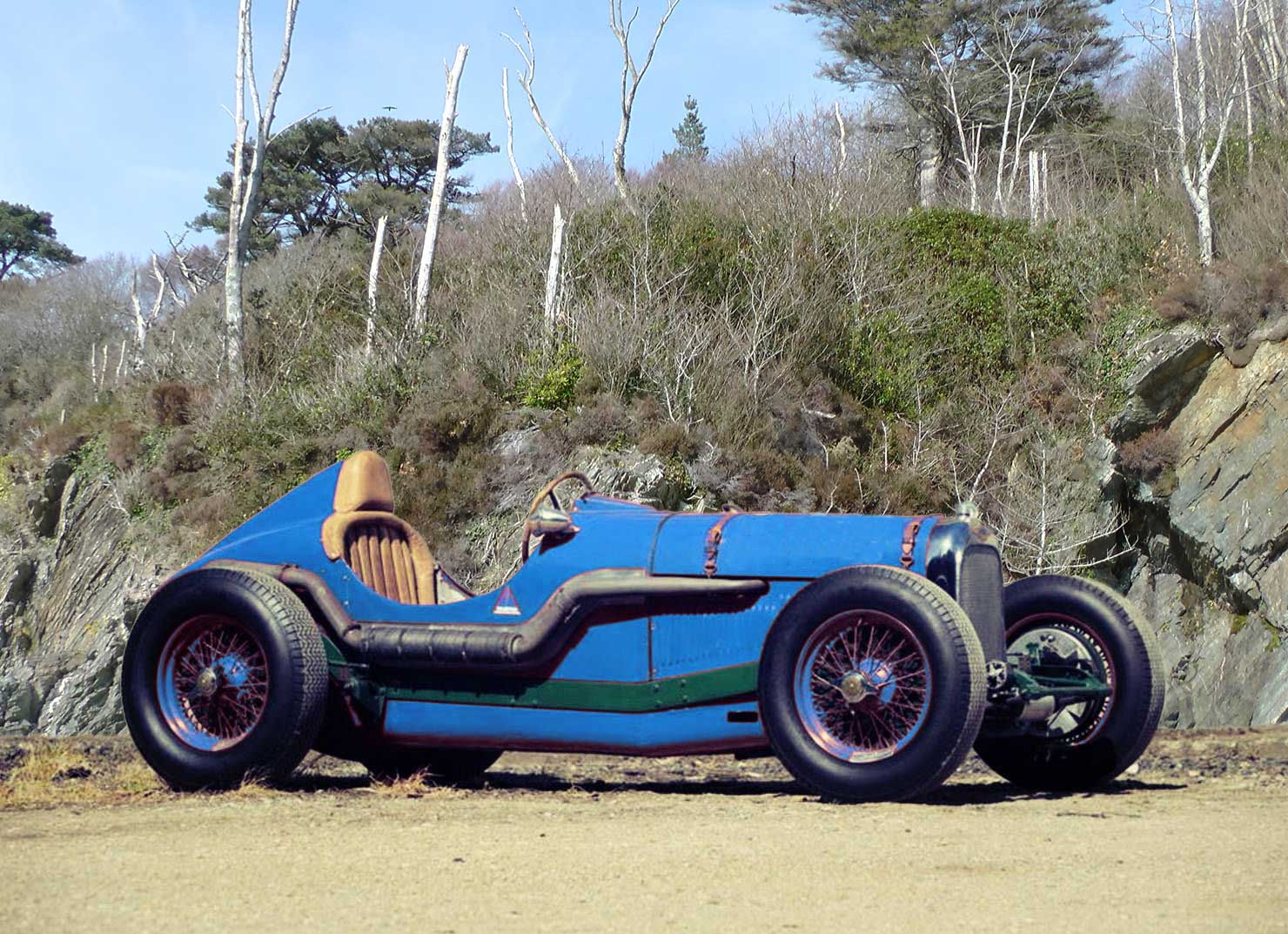 Lagonda was another of those companies that was started by a car enthusiast, blossomed for a while and then went bankrupt. It was formed by an opera singer turned motorcycle engineer named Wilber Gunn in 1906; building motorcycles led to him building his first car in 1907.

It was usual for motor car manufacturers of those days to publicise their vehicles by entering them in races or trials; in 1910 a Lagonda entered a trial between Moscow and Saint Petersburg and took first prize. The Russians were most impressed; a healthy order book resulted but the First World War and then the Russian Revolution put a stop to it.

Wilbur Gunn died in 1920 and by the 1930s finances were looking rather shaky; nothing new for the car industry of the day; but in 1933 the rather shabby factory produced the Rapier with the hope that it would generate massive funds.

. This was sold as a rolling chassis only with the customers free to buy the body separately from independent coachbuilders such as the Farnham company E. D. Abbot Ltd or John Charles and Company of Kew Gardens in London; both of which failed not long afterwards, a fate that was also to befall Lagonda themselves.

The engine for the car, which was first launched in 1933 at the London motor show, was a new 1104cc straight four-cylinder engine with twin overhead camshafts which was manufactured by Coventry Climax, a company which at the time made all kinds of engines for anything from a fire pump to a forklift truck. It was originally designed to be based on a light alloy casting, but the money simply wasn't there, and so it was made in cast-iron instead. Add that to a chassis made of bolted together steel sections and the car was rather heavy for it's size, although the engine put out 50 brake horsepower which at the time was quite creditable.

It was a good looking car; performance, braking and handling won it a lot of enthusiasm from the press and public alike. Sales took off well at first.

The chassis was designed to take either a two-door sports tourer or two-door coupe body. 1934 the chassis was extended by 8 inches in order to give a wider variety of body choices.

A problem with the 1104 cc engine soon became apparent. Racing, trialling and rallying with a ways to get cars noticed and the engine was just fractionally too big for the 1100 cc class which was very popular at the time. A number of cars were made with 1084 cc engines and it is a car with this engine that we have a recording of.

The Rapier was not terribly successful (in fact it wasn't successful at all) as a racing car although it wasn't really around for long enough to make an inpact. 470 Rapiers were built in all by Lagonda before the company joined the long list of so many car manufacturers that went broke. By 1935 the receiver was called in; and a succession of new owners took over. The rights to make and sell the Rapier were bought by a new company, Rapier Cars Ltd, which employed a number of ex-Lagonda staff but by 1938 only 46 cars had been made and production ceased for good.

The Rapier could have been a very successful model had the company survived but the factory was a bit of a shambles and the range of models that Lagonda was building at the time was just too complex. After the liquidation the Lagonda name was resurrected and is now owned by Aston Martin - a company which itself has no less than 7 bankrupcies behind it!